It has been a bad few weeks for democracy in Canada, and the prairies have gotten the short end even more than usual.

The devil is in the details when it comes to the Harper government’s recent budget.

Some of the nastier details did not emerge until members of parliament had left Ottawa for their two week Easter break.

Agriculture spending is being cut by more than $300 million dollars.

Against the backdrop of a noisy debate over Billions of dollars for new fighter planes, such a cut doesn’t seem like much.

But some of the moves affect programs that began as prairie farmers struggled to survive during the dust bowl that coincided with the Great Depression of the 1930’s. 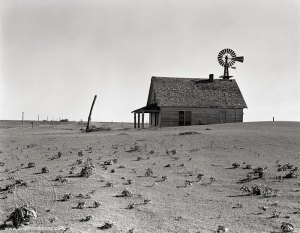 The Prairie Farm Rehabilitation Administration began in the dirty 30’s.

Over the decades it has quietly done some amazing work that has allowed farming to prosper.

Across much of the prairie region farming has always been marginally risky because of too much moisture as we saw last year, but more often too little moisture.

The community of Indian Head, east of Regina, has been home to PFRA.

It has seen the development of the shelterbelt tree program which has helped farmers right across the region.

Indeed most of the trees that prevent soil erosion and beautify the prairie landscape were carefully planted decades ago.

And the lessons that Canada learned by developing such programs have been quietly shared with farmers in other parts of the world.

Once the budget cuts are implemented, much of the work of PFRA will simply die.

Dozens of researchers will be cut loose.

Elsewhere in the infrastructure that has helped Canada become a leader in the job of feeding a hungry world, there are renewed concerns about the safety of the food we buy in the grocery store.

The details are still being announced in regional offices across the country, but it appears the Canadian Food Inspection Agency will lose more than 300 inspectors. 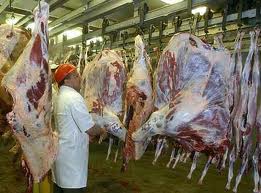 The inspection process will become more and more random, and Ottawa will be relying more on the meatpacking industry to do its own quality control.

All of this comes under the watch of Gerry Ritz, the minister of Agriculture.

He was the guy in charge when more than twenty Canadians died in 2008 after consuming meat products that were tainted with lysteria.

It happened on the brink of an election, and the government promised to dramatically increase inspections to prevent another such tragedy. Ritz is generally the only member of Stephen Harper’s large prairie caucus who is allowed to open his mouth. When he does, the media doesn’t exactly subject him to a blistering cross examination.

The Public Service Alliance and other groups who are affected by these cuts will huff and puff and sound the alarm bells for a while.

But back in Ottawa it will be business as usual.

The roar of jet planes with much higher price tags will drown out the concerns of farming and food production.

He currently hosts Talk of the Town every weekday at Noon, 4pm and 10pm on Access channel 7.

He will be relocating to Winnipeg at the end of April.

He can be reached at rogerc@mymts.net